In 1985 in St. Louis, MO, a group of seven men and women formed the original leadership for what was initially known as the National Senior Olympics Organization (NSOO). The vision: to promote healthy lifestyles for adults through education, fitness and sport.
In the fall of 1985, they hosted a meeting of individuals who were currently conducting games for seniors in their 33 states. That group planned the first National Senior Olympic Games, held in 1987 in St. Louis. The games were a great success with 2,500 competitors. The NSOO was formalized during the games with a Board of Directors elected, articles of incorporation filed in the State of Missouri and by-laws adopted. Over 100,000 spectators viewed the first Games ceremonies featuring Bob Hope at the St. Louis Riverfront Arch.

The Games, a 19-sport, biennial competition for men and women 50 and over, is the largest multi- sport event in the world for seniors. The NSGA exists today as a non-profit organization dedicated to motivating active adults to lead a healthy lifestyle through the senior games’ movement. 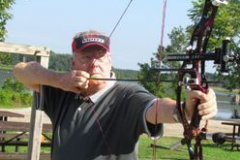 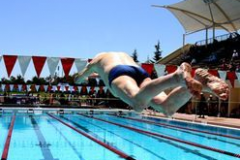 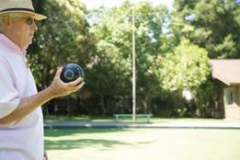